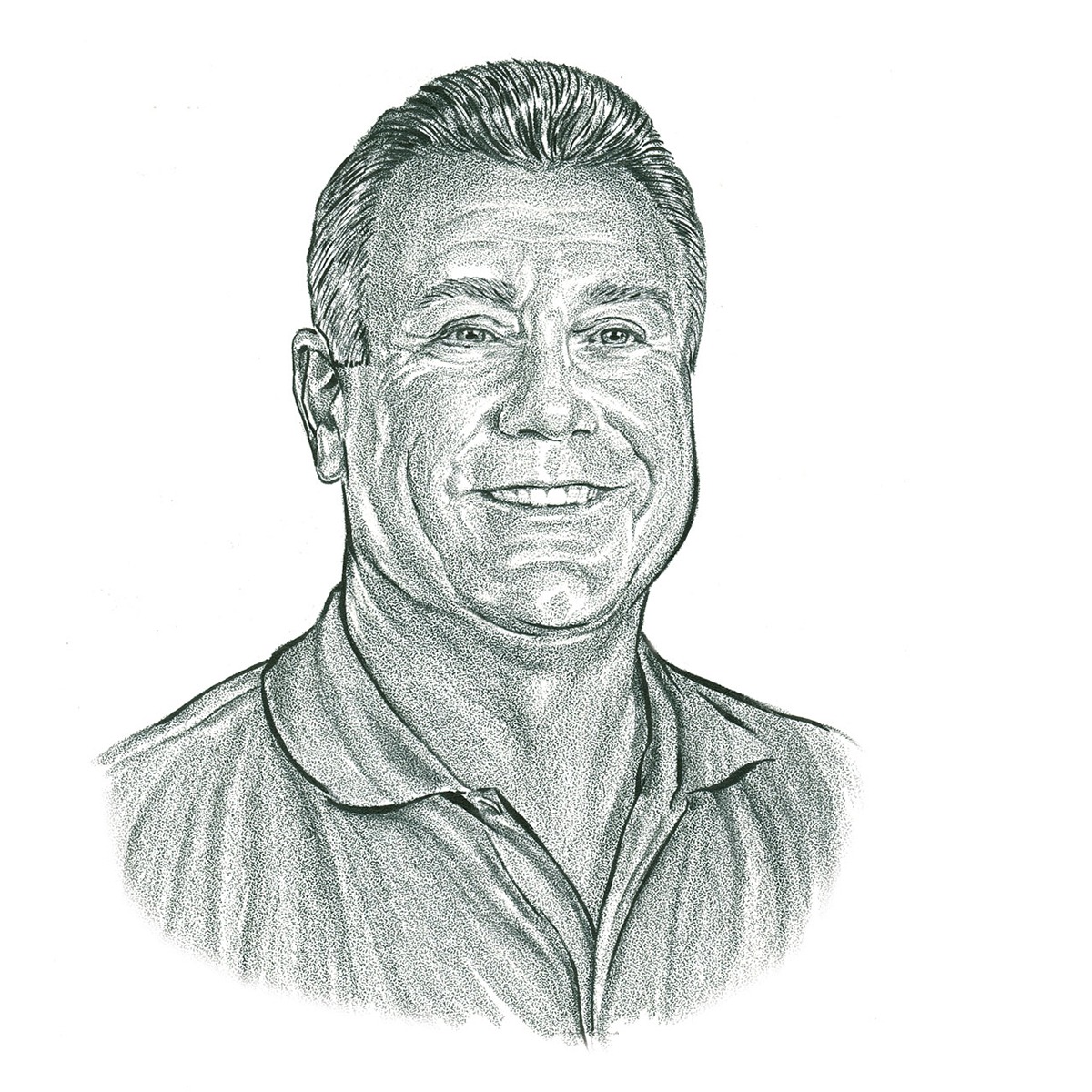 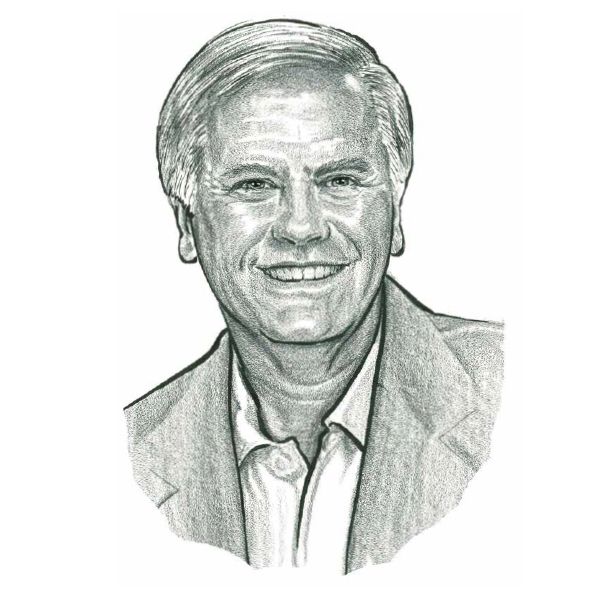 Levine was the self-proclaimed “Voice of Truth & Reason;” a trailblazing multimedia talent who spent five decades with his pulse on the Cleveland sports scene.

He would broadcast more than 2,500 sporting events as lead play-by-play voice for the Cleveland Crusaders, Kent State University basketball and football, Cleveland State University basketball, Cleveland Thunderbolts, and various high school and collegiate games. Levine’s signature sports talk show “More Sports and Les Levine” was a fixture on radio and television virtually every weekday beginning in 1991 until his passing. He wrote a weekly sports column for The News Herald and was an Award-Winning columnist for the Cleveland Jewish News. Levine hosted the playoff postgame show on Sports Radio 92.3 The Fan during the Cleveland Cavaliers 2016 NBA Championship run, and he covered the victory parade celebrating Cleveland’s first professional sports title in 52 years.

Levine left behind an unparalleled media legacy in Ohio sports. 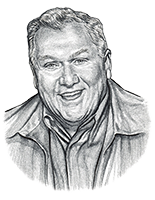 Dan has covered Cleveland sports in print and on the air since 1964 when he joined The Plain Dealer shortly after being discharged from the Army at age 25.

His first assignment was the high school beat and over the course of 18 years with The Plain Dealer he covered virtually everything and won most significant awards. For much of that time he was Chuck Heaton’s backup on the Browns and Russ Schneider’s backup on the Indians. He was the fulltime baseball writer in the late ’70s. He covered major college football games, including the major bowl games involving Notre Dame. He was the boxing writer and covered fights from the old Cleveland Arena to Madison Square Garden, including the Ali-Frazier series. He covered 17 Indianapolis 500s and several European races. He became the soccer writer during the brief era of big time pro soccer with the Cleveland Stokers. He was at rinkside for the U.S. hockey team’s victory over the Soviets in the 1980 Olympics at Lake Placid. At one time Dan and Chuck Webster turned slow pitch softball into a major beat.

He liked to say that he loaded up for the football season by changing the ribbon in his portable typewriter every Labor Day. “I covered the big high school game on Friday, a big college game on Saturday and the Browns every Sunday. And they paid me to do it. It was like going to Cedar Point every weekend,” he said.

With a growing family in 1982, he needed a bigger house and accepted an offer from the Cleveland Press, which went out of business three months later. Nevertheless, the Coughlin family got their bigger house and Dan got a new career in television at Fox 8. He’s still there 35 years later.

Dan started his newspaper career on the high school beat and now, at the other end, he still covers high school football games every Friday night on television.

Both Dan and his wife, Maddy grew up in Lakewood and now live in Rocky River. They have four grown children and 11 grandchildren.

Dan went to St. Edward High School and Notre Dame. He served on the St. Edward board of trustees for 20 years. He is a past president of the Press Club of Cleveland and, for no known reason, is in the Greater Cleveland Softball Hall of Fame.

The editor and publisher of several ethnic weekly newspapers serving the Greater Cleveland area for over 40 years, he has been a vigorous supporter of amateur sports. In 1956 he was a major factor in the establishment of the Cleveland International Invitational Fencing Tournament. The tournament grew to be one of the country’s best-known fencing competitions. He also served as Ohio’s racing commissioner from 1952-59.

Member of the Cleveland Plain Dealer sports staff for 41 years, during which he covered almost every sport. Best remembered as a golf writer, covering that sport from 1925 until his retirement in 1964 and attending 24 National Opens. Covered hockey for some 35 years, was the paper’s pro football writer during the Cleveland Rams’ ten years in the city and also covered Ohio State football for many years.

As a native Clevelander he was treated to the successes and subjected to the agonies of the Cleveland Indians form his earliest childhood. After graduating from West Tech in 1946, serving two stints in the U.S. Marines, and failing, thanks to a recalcitrant bat, in an attempt to personally improve the Tribe’s fortunes by signing on as a catcher in their farm system, he sharpened his skills by acquiring a degree in English from Baldwin-Wallace College and eventually found his way to a desk in The Plain Dealer sports department, where he would assume the task of covering the Indians in 1964 and eventually become a nationally known chronicler of the Indians fortunes and history. It was a labor of love—often touch love—for the first 14 seasons as he covered a succession of teams which finished as high as third only once. He was reassigned, perhaps mercifully, to cover the more successful Cleveland Browns in 1978. Then in February, 1984 he assumed a new role as the paper’s investigative reporter for sports and in 1988 his assignment was further broadened to that of national baseball writer, columnist and special assignment reporter. The latter assignments were tailor made for the hard-nosed Schneider who thrived on burrowing deeply into the facts for his news stories. Firmly established in the eyes of his peers and the public as a reporter’s reporter (he has been inducted into three journalism-related halls of fame and earned a Distinguished Service Award from the Society for Professional Journalists), he embarked on a new career in 1993 as an author, primarily dealing with Cleveland Indians history. He has written a dozen books, including The Cleveland Indians Encyclopedia, now on its third edition. He makes his home in Seven Hills.

Earned a place for himself amongst Cleveland’s best-known sports writers during a career that spanned a remarkable 50 years, twenty-four of them as the beat writer for Cleveland Browns. During the lengthy career he covered many of America’s prime sporting events, including World Series, Kentucky Derbies, Super Bowls, Indy 500s, College All-Star Games, and the National Golf Opens. His Plain Dealer columns—Plain Talk, Extra Points, and Off the Cuff—were required reading for two generations of sports fans. He was the winner of the 1980 Pro Football Writers Association’s Dick McCann Memorial Award for Distinguished Reporting of Pro Football, and also was honored with the Cleveland Touchdown Club’s Meritorious Service Award in 1987, and the Society of Professional Journalists Distinguished Award in 1990. He retired in October 1993 and, at the time of his induction, was in his 41st year as a resident of Bay Village.

Joe left the comparative tranquility of rural Illinois in 1970 to accept an offer to come to Cleveland and become the radio play-by-play voice of the newly formed Cleveland Cavaliers. It turned out to be one of the best deals the Cavs  ever made. Certainly none of their transactions have had a longer lasting impact on the community. Beginning his broadcasting career in 1956 as an undergraduate at Monmouth College by airing the games of his beloved future alma mater, he happily stuck with it for 14 seasons before the Cavs uncovered him. Now, when the Cavs’ 2005-06 season opens he will be starting his 51st year in broadcasting, his 34th season with the Cavs and his 36th year of doing NBA basketball (he left to broadcast the New Jersey Nets games in 1981-82 and those of the Chicago Bulls in 1982-83). Even in his two seasons away from the Cavs, his familiar baritone continued to boom across the Cleveland airwaves calling the games of the Cleveland Indians on radio and/or TV, assignments be handled from the 1972 to the 1988 seasons. In 1988, Cavaliers management, deciding perhaps the man might have some promise, tightened their grip on him by naming him their broadcast vice president. Now the unchallenged dean of Cleveland sportscasters, he has, entering the 2005-06 season, broadcast 2,747 Cavaliers games as well as all 188 games of the organization’s currently defunct women’s counterpart, the Cleveland Rockers, plus well over 2000 Indians contests. In addition, he has been the TV voice of Mt. Union College football for 17 years. During these years he has been chosen the Ohio Sportscaster of the Year eight times, and will be entering his sixth Hall of Fame with his induction into the Greater Cleveland Sports Hall of Fame. But who’s counting?

Spent 43 years as a sportswriter, the last 23 with the Cleveland Press. Retired in 1966 with a reputation as one of the country’s most knowledgeable experts in the fields of track, amateur and professional golf and collegiate football. Covered every major golf tournament during his career, as well as several Olympics.

Boating editor for The Cleveland Plain Dealer since 1943, editorial writer for Mid-American Boating News since 1970, he helped organize the Marine Trades Association and the Mid-America Boat Show. Was also a founder of the Great Lakes Historical Society in 1944 and helped establish I-LYA’s Junior Race Week in 1956.