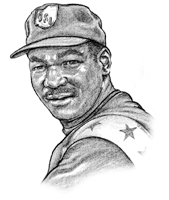 He is the greatest home run hitter in the history of slow pitch softball. In 27 years of softball, 25 of them in the country’s highest level, Mike Macenko hit 7,000 home runs. Only one other player in the world ever hit as many as 6,000. In 1987 alone he hit 844 home runs and in 1988 he hit 830, the two greatest seasons by far that any softball player ever enjoyed.

A six-foot, three-inch behemoth who tipped the scales at 285 pounds in his playing days, Macenko grew up in Brook Park where he began playing softball in 1973 at the age of 16 with Tom Coyne’s team in the Brook Park Men’s League.

“In my first game, my first four times up, I hit four home runs. As I rounded third base after the fourth home run, Tom Coyne said, ‘You’ve got to sign this.’ It was a contract,” Macenko recalled.

Two years later Mike was recruited by John Neale, manager of Number One Lounge, one of the powerhouse teams in the PD-Major League.

“Do you want to come to Pittsburgh with us this weekend to play softball?” Neale said to him.

Mike’s mother gave him the green light and Tom Coyne gave him his release and Mike began a 20-year association with teams managed by John and Dave Neale.

Fourteen of those years were with Steele Sports, a sporting goods firm in Grafton, Ohio, which traveled the country taking on all comers in the ancient tradition of “barnstorming.” They played more than 100 games a year. In 1986 Sports Illustrated featured them in a story headlined “Men of Steele,” which can be found on Macenko’s web site.

He was the most valuable player of five different national tournaments. He was named to 34 different all-world teams and was inducted into five different softball halls of fame. He lives in Brunswick and sells sporting goods on line.

A prominent Cleveland business executive who devoted much of his time to the support of athletic activities in the Greater Cleveland area. Backed numerous youth and adult softball teams and has also been a consistent backer of youth and adult bowling leagues. Served as regional director for the amateur Athletic Union. Also an active member of the Shaker Heights Country Club for many years.

Star pitcher in the ’30s for a number of area teams. Pitched and won the longest softball game ever played up to that time by girls teams. Game went 22 innings and the Cleveland Num Nums defeated the Parichy Bloomer Girls, 4-1. Once won 25 games in a season. Pitched perfect game in the Chicago Girls’ Major League.

Although standing just over five feet tall and weighing barely more than 100 pounds she was an outstanding pitcher. Between 1932 and 1940 she built a record of 133 victories and 29 losses and pitched 11 no-hit games, including one perfect contest in which no batter reached base. Was a mainstay for the World Championship Bloomer Girls in 1935 and pitched 80 consecutive scoreless innings in 1939.

Selected to the National All-Star Team four times and to the Cleveland All-City Team nine times. Was named the most Valuable Player in the 1975 National Amateur Softball Association Tournament, setting a team record of 23 consecutive hits. Once had six consecutive home runs. Received the Harwood Player of the Year Trophy at age 37 in 1971 when he hit .758 with 27 home runs.

An outstanding pitcher for two decades between 1928 and 1948. Possessed an overpowering fast ball that kept every team he ever pitched for in championship contention. Starred for the 1939 Nickel Plate Grille team which represented Cleveland in the national tournament that year.