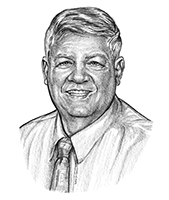 In March, when Domenic Abounader advanced to the semifinals of the NCAA wrestling tournament, it marked the 35th consecutive year that the St. Edward program had produced at least one college All-American.

Born and raised in Collinwood, Urbas went to St. Mary grade school and then to St. Joseph High School where he played football and wrestled. After playing football for four years at Grove City College he served four years as a Marine Corps officer.

A math teacher during his entire career at St. Edward, Urbas will remain with St. Ed’s as a math tutor and also with the wrestling team in what they’re calling a “support capacity.”

John Heffernan, a former St. Edward state champion and college all-American at the University of Iowa, will succeed Urbas as head coach. He has been Urbas’ assistant coach since 1991.

“Actually, we’re changing titles but not the jobs,” Urbas said. “He has done the coaching alt these years and I’ve done the paper work.”

Urbas recalled that when his predecessor, Howard Ferguson, died suddenly in 1989, the wrestling staff pooled their thoughts and picked him to take over the head job. Greg had been an assistant coach for almost a decade.

“They said the assistant coaches would handle the coaching and I’d do the interviews,” Urbas said. “That’s the only difference from now on. I’ll do the paperwork but not the interviews.”

“Beyond his success as a coach and a teacher, Greg is a man of incredible character, integrity and wisdom,” said St. Edward president Jim Kubacki. “For a generation of students, he is the model for a life rooted in faith, the formation of genuine relationships, and a commitment to service.” 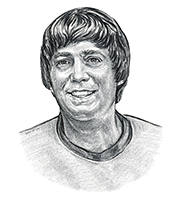 Coach Howard Ferguson transformed St. Edward High School wrestling into the most dominant program in Ohio’s history in 1974 and continuing long after his death to the present day.

Ferguson, who began wrestling at John Marshall High School under hall of fame coach Gene Gibbons, turned to coaching in the 1960s at the West Shore YMCA. In seven years his YMCA teams compiled an incredible dual meet record of 138-2, which caught the attention of St. Edward High School.

In college, his wrestlers captured three NCAA individual titles. Thirteen were college All-Americans a total of 26 times. At one time or another Howard’s alumni wore the singlets of nine of the original Big Ten teams.

Both the wrestling world and business world were shocked when Howard died of a heart attack in the prime of his career in October 1989. In his alternate life he became a millionaire in real estate. He was a pioneer in converting high-rise apartment houses into condominiums.

He also authored an acclaimed coffee-table book called “The Edge,” an accumulation of the quotes, beliefs and life lessons of the leading coaches and athletes of the day. The book was published not long before he died and is still in demand. It is out of print but can be located on e-bay for as much as $150.

In one of the final passages of the book, under the heading, “Leave something behind,” he wrote about his own principles:

“You can never pay back those who helped you. What you can do is follow their example and help others. Help some people get started. Teach them how to play the game the right way. Teach them about class. Show them how to overcome adversity. Take all your knowledge, experience and love and share it. Reach out to as many people as you can.”

Brian Brakeman’s influence on Ohio high school wrestling is legendary. A statistical wizard with the papers to prove it, Brakeman has compiled a dazzlingly accurate state tournament forecast that for 45 years has been an invaluable guide for wrestlers, coaches and college recruiters. He calls it the “Brakeman Report.” Others call it the wrestling “bible.” It is the premier state wrestling forecast in the country.

Since 1972, Brakeman has ranked the top 25 or so wrestlers in each weight class in every division, highlighted by projected state champions and order of team finish. In all these years his accuracy rate is 70%. One recent year he picked 13 of 14 state champs in Division I.

Hall of Fame wrestling coach Jamie Milkovich points out that compiling the report was more than clerical. “Brian incorporated the intangible effects of diverse styles, projected development and quality of coaching into his rankings.”

Milkovich adds, however, “The annual Brakeman Report represents only a portion of Brian’s contributions.”

Beginning in the early 1970s, working alongside Mike Massa, he anchored television broadcasts of the sectional, district and state tournaments along with top dual meets and holiday tournaments on WVIZ-TV. He became the face of high school wrestling. He archived all these telecasts beginning in 1971 and made them available to anyone who requests them. Because of his corporate position as Vice-President of Planning for East Ohio Gas Company, the gas company underwrote the first 30 years of broadcasts on WVIZ.

The Ohio High School Athletic Association (OHSAA) adopted many of his recommendations to improve the state tournaments. He served as chairman of the seeding committee for the state dual meet tournament. In 1993 he was inducted into the Ohio Wrestling Hall of Fame.

A native of Parma and graduate of Parma Senior High School, Brian went on to earn a bachelor’s degree from Case Tech, an M.B.A. from Western Reserve and a Ph.D in statistics.

He spent his entire working career with East Ohio Gas in planning and research. He also spent 14 years as a math teacher and tutor at North Coast Academy.

He and his wife Cheryl live in Shaker Heights. They have five grown children and eight grandchildren. 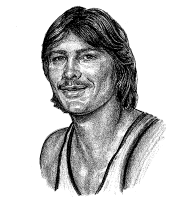 An Ohio high school wrestling champion at Shaker Heights High in 1953, he went on to win four Ohio AAU championships and gold medals (in free style) in the 1953 and 1957 Maccabiah Games in Israel. Coached the U.S. Maccabiah teams in 1961, 1965, and 1973, was named Ohio AAU Coach of the Year in 1965, served as a member of the National AAU Wrestling Committee for three years and as a member of the U.S. Olympic Committee from 1972-76. Inducted into the Ohio Wrestling Hall of Fame in 1977.

Coach of Case Tech and Case Western Reserve University athletic teams from 1927 through 1967. Tutored track, football, basketball, tennis, swimming and wrestling teams at various times. Won greatest fame as wrestling coach, a sport he started at Case in 1927. Was president of the National Wrestling Coaches Association in 1952.
(Deceased)

Among the first great wrestling products to come out of the Cleveland school system, winning three straight Ohio High School state titles for West High in 1949, 1950 and 1951. Went to Toledo University where he was Mid-American Conference champion three times and captain of two Mid-American Conference championship teams. Inducted into Ohio Wrestling Hall of Fame in 1975. Has been coach of Cleveland State Universityâ€™s wrestling team since 1964.

A graduate of Maple Heights High School, he continued a distinguished competitive career at Michigan State where he won four NCAA Titles, three Big-10 Titles and the Big-10 Medal of Honor, and was chosen All-American all four years. He was subsequently voted into National Wrestling Hall of Fame and Museum.

One of the best wrestlers ever developed on the Greater Cleveland area, he was a three time Ohio high school champion at Bay Village going 83-0 in his championship years (1974-6) and 104-5-1 for his scholastic career and earning first team high school All-American honors. At Bay he also earned two U.S. Wrestling Association National Freestyle titles. Continued his career at the University of Iowa where he was a four-time NCAA Division I All American, twice reaching the NCAA finals, and a four-time Big Ten Champion. After graduation he won National AAU Freestyle titles in 1983 and 1984 and was named second alternate to the 1984 U.S. Olympic freestyle wrestling team. Became the head wrestling coach at Edinboro University in 1984 and guided his team to five Top Ten NCAA finishes in six years, earning laurels as the NCAA Division IIâ€™s National Coach of the Year in 1986, then settled into a career in real estate, making his home in Westlake.