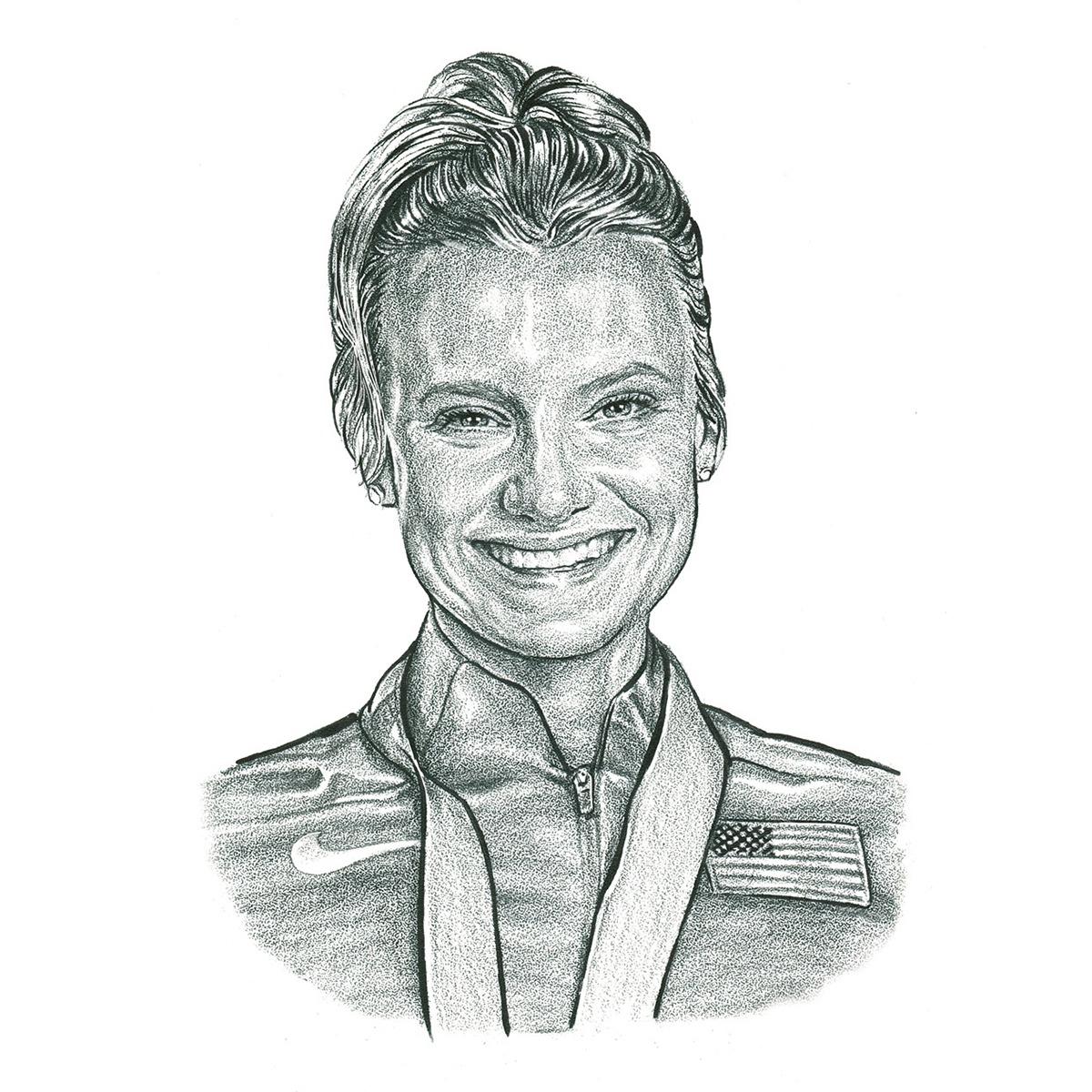 Katie Nageotte is the reigning Olympic gold medalist in the pole vault and only the third woman to win pole vault gold for the United States. She grew up in Olmsted Falls and attended Olmsted Falls High School and Ashland University (after spending her first two years at Dayton). Nageotte won the Gold in her first Olympics with a vault of 16 feet, 0-3/4 inches (4.9 meters) at the COVID-delayed games in 2021 in Tokyo. This year she won the World Championships with a vault of 15-11, and last year finished first in the Olympic Trials at 16-3. With hopes of competing in the Paris Olympics in 2024, she would have the chance to become the second woman ever to win consecutive gold medals in the pole vault.

Nageotte started competing in the pole vault in the seventh grade as Olympic sports always intrigued her, especially those involving adrenaline and upper body strength. She competed in gymnastics and thought that may be her path, but grew to love the pole vault when she competed for her middle school track team. As a high school senior, she was the 2009 OHSAA Division I champion. Nageotte won two NCAA Division II titles and was a three-time Division II All-American. She won gold at the 2018 U.S. Indoor Championships, silver at the 2019 U.S. Outdoor, gold at the ’19 U.S. Indoors and silver at the ’19 Indoor Championships. COVID knocked her back in 2020, but she persevered to break an Olympic Trials record in July of 2021 before going to capture gold in Tokyo.